I only own two store-bought movie videos, and Nightmare is one of them. I’ve long been puzzled as to why this extraordinary movie wasn’t the smash hit it should have been, and now I think I know: everybody thought it was for kids or, because of the title and the advertising art, that it was some schlocky, Stephen King-ish version of the Clement Moore Poem. And, as it turned out, even their kids weren’t watching it, so why should adults give it a try?

Their kids didn’t watch it because it’s not for kids. It’s a super-sophisticated fantasy in which the incredible animation is exploited solely as a vehicle to support the story and music, not as a technical tour de force to dazzle the audience. It has an intricately presented plot that evolves with great subtlety, richly detailed main and supporting characters, a unique and endlessly-creative visual style and an overall cohesion of tone and mood that is totally lost on the kinds of moviegoers who think "Mighty Morphin Power Rangers" should have won Best Picture.

The movie is set in the town of Halloween, whose ghoulish denizens are responsible for producing that holiday each year. Their leader, Jack the Pumpkin King, is clinically depressed at the banal repetitiveness of the job, as he tells us in a soulful lament. During this soliloquy, Jack accidentally discovers Christmastown, whose inhabitants are the ones who put on Christmas each year. Jack is flabbergasted by this heretofore hidden land ("What’s this! What’s this! There’s music everywhere! What’s this! What’s this! There’s white stuff in the air!"), and tries to explain it to the inhabitants of Halloween. They are incapable of grasping the concept, however, so Jack resolves to kidnap Christmastown’s leader, Santa Claus, and bring him to Halloween. In order to sell his fellow citizens on the idea, however, he refers to him as Sandy Claws and portrays him as some kind of terrifying, lobster-like monster. Jack puts the town ruffian, the Oogie Boogie man (Tim Page), in charge of guarding him and, in one of the movie’s most rousing numbers, Oogie Boogie sings a song of hip-hop contempt ("You’re joking! You’re joking! I can’t believe my eyes! You’re kidding me, you gotta be, this can’t be the right guy!") that is reminiscent of Sebastian the Crab’s incredible turn in The Little Mermaid.

Wait a second: Did I mention that this is a musical? Because that, to me, is the entire point of this movie. I kid you not when I tell you that the music in "Nightmare" is an easy rival for the very best Broadway musicals you’ve ever heard, bar none. The songs are by turns achingly beautiful, eerily evocative and hysterically funny. It is said you can’t wear out a compact disk, but I do believe I’m on the verge of doing so with the soundtrack of Nightmare.

While the film is attributed to Tim Burton, the real genius behind it is Danny Elfman, who wrote all the words and endlessly creative music and is the voice of Jack.

The only other store-bought movie video I own is Pinocchio. Quite simply, this early Disney effort ranks with the greatest films of all time. Every frame drips with heartfelt artistry and craft. It has everything: a terrific story, wonderful good guys, despicable bad guys, a hauntingly beautiful visual style, memorable songs (e.g., "When You Wish Upon a Star"), suspense, action, pathos…the only thing it doesn’t have is human actors. More movies should be so lucky. And, unlike The Nightmare Before Christmas, kids adore this one, because there’s something in it for every level of sophistication. An out and out gem, the likes of which they truly don’t make anymore. One viewing of Pinocchio, and you’ll begin to appreciate what real movie-making is all about. 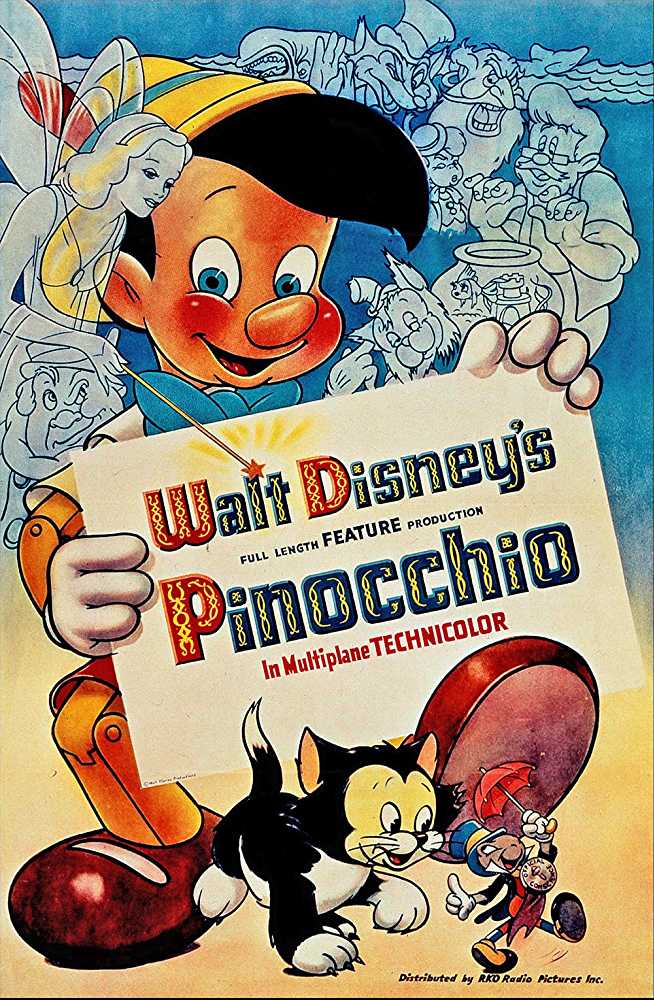