THE CAMINETTI CUP is an annual golf tournament pitting the United States against Puerto Rico. It was begun by hotel/golf resort general managers Rich Cortese and Joel Paige and is independent of Troon McAllister or the publishers, both of whom regret not having thought of it themselves. Participants are required to have read The Green and must pass a test to prove it.

The Eleventh Annual Caminetti Cup of 2011 was won by the United States, by a single point. While joy certainly reigned among the U.S. players, the gambling world was rocked into near-bankruptcy by their failure to make the anticipated spread. (Apparently, there was some misunderstanding about what exactly U.S. President Obama was referring to when he announced a "surge" prior to the tournament.)

Golfers are funny damned people.
What does every golfer in the world do when somebody
hands him a club that’s supposed to hit farther?
He swings it harder. Every damned time.
~Eddie Caminetti
Scratch, by Troon McAllister

It was a summery Spring weekend in Palm Beach Gardens at the PGA National Resort & Spa during the Caminetti Cup held June 4-5, 2011, but it didn’t get really “hot” until the last match. The 11th annual tournament proved to be the event that will be talked about for the next decade of the Cup and then some. The first round (best ball) was played on The Haig, albeit missing a few players who were still awakening from the late evening at the 19th hole, but the Starter waits for no one! Score was tied 3 all after the morning round (alternate shot), and 6 all after the afternoon round on The Champion course [home of The Honda Classic]. Sunday play started later than usual on The Estates1, but the later start was the rejuvenation the teams need. The game came down to the last match. As recalled by Tutti, “…all was needed was a ½ point to win, and when Nat was out of it…Brad had to, somehow, win that hole from Robbie. Well, Mike told him how to do it. Mike said, ‘Brad! Chip this in and frost his balls’. And then Brad fires one; BRAD FIRES ONE at the hole and it hits the flag going, it probably would’ve been 10 feet past the hole, at least 10 feet past, but it hits the stick dead center!! It was unbelievable!”

p.s. There’s talk about having next year’s tournament in Jamaica. Yah mon!

1Designed by Karl Litten, The Estates course has an enjoyable mix of challenging and docile holes, and sets up for any level of player as it is one of the shorter courses at PGA National. 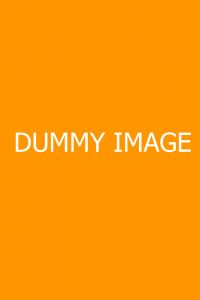