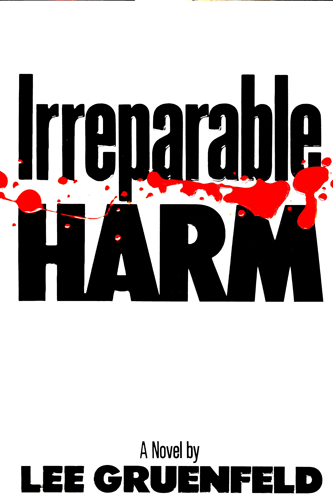 "Where is the blood coming from, Pamela?"

"From him." She was staring, but not at the bed - at something else, something far away. Her eyes focused closer, at the blood-stains on the wall. "He's dying. His blood is pouring out and he's dying."

A note of hysteria began to creep into her voice. "Who, Pamela?" The doctor's voice was insistent, relentless. "Tell me!"

Her breaths came in loud pants now, and he could feel his own panic rising with hers. She looked at him suddenly, and her eyes were frantic, wild, searching for something. She looked at the bed.

"Who?" the doctor asked, and a feral moan started in her throat...

The woman is Pamela Jacoby, a police officer; the man questioning her, an innovative psychiatrist. The interrogation is crucial, because it involves the horrific murder of a man trying to help Pamela with her deeply rooted problems.

Pamela Jacoby's father was a cop who was shot on the job and died in her daughter's arms; these and other traumas drove Pamela to seek intensive psychotherapy. Then Pamela met fellow patient MacKenzie Graham, and they began a tentative love affair that seemed to unlock years of loneliness in them both.

Until the brutal murder takes place. Pamela is the only person known to have been at the scene, but her memory of her time there is confused, as are many of her recent memories. Caught in a hopeless tangle of thoughts and emotions, she loses more and more control of life, veering toward madness.

Despite this, Pamela participates in the investigation under the command of her captain, Amanda Grant, who is under intense pressure to solve the case. And with her psychiatrist, Dr. Brixton Ferrin, she revisits the scene of the crime, an experience Ferrin hopes will release the secrets locked in her mind. The explosive, shocking revelation that results stuns the department - and reveals the depths of Pamela's torment.

Yet for Grant, and several other key members of the force, the terrible scene raises more questions than it answers. With the tutelage of an Israeli psychologist who once hunted terrorists, Grant begins a nearly fanatical pursuit for a suspect. When she finds one, it is part of a murder theory so complex and macabre that few people believe it, and even fewer will stand by Grant's side as she sets out to prove it.

In a style reminiscent of Hitchcock, Lee Gruenfeld matches suspicions with suspects, psychological profiles with shocking acts, and individual characters with intriguing sexual and emotional complements. Delving into the repressed secrets of his characters' minds, Gruenfeld dares us to guess at the truth. As our guesses fall short, we are overwhelmed by Gruenfeld's rare achievement, a literary debut as fascinating as the novels of Scott Turow and as suspenseful as the police dramas of Dorothy Uhnak - a passionate, searing story that stands in a class by itself.

"From the gripping opening scene to its satisfying conclusion...distills the best elements of a psychological thriller, hot romance, and detective novel into one immensely gratifying read. Gifted with an excellent ear for dialog, Gruenfeld portrays psychologically complex circumstances with perceptive, finely embellished, insightful and subtle writing."

"You'll find yourself moving your own mind around from wondering about the killing to wondering what lurks in the characters' minds... A mental scorcher. Twisty and scary...black... exciting... ominous."

"...an intelligent read and an impressive first work. Gruenfeld's talent cannot be disputed."

"A blockbuster of a story."

"...this compelling first novel is a worthy addition to the current spate of legal/psychological thrillers."

"...a page turner...high-energy...tightly plotted...will keep you riveted through many plot twists and fascinating revelations about psychiatric abuse. Gruenfeld shows a firm grasp of police procedure, police life, psychiatry, Freud, LSD, mind control and the use of drugs by intelligence agencies...memorable and finely drawn characters. Gruenfeld...has begun his novelistic career impressively.