SWT Seeks S/BWT For WOs, If You Know What I Mean 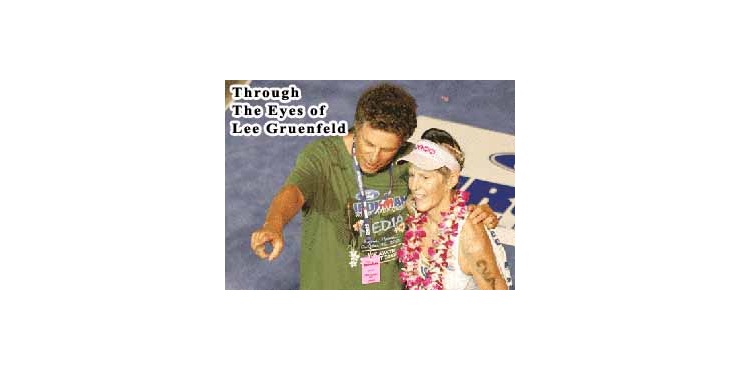 Last month the Director of Central Intelligence announced a new, proprietary Facebook-ish service designed exclusively for use by covert intelligence operatives. Seriously. Check it out here.

It makes sense, when you think about it: Spies can't exactly get on your standard, public social Website and just say, "GS13 black op's case officer on R&R from Afghanistan seeks 30-something mid-level staff spook for a bit of embedded input-output-input-output. Comfortable safe house with fully-vetted staff a must. Is Boris Badenov? Crack my code and find out. Please, no freaks, geeks or real names."

So now we have "iAmTri.com," a social site especially for triathletes. If this isn't final confirmation that three-sporters are different from the rest of the world, I don't know what is. Think trying to talk to a technology snoid is difficult? Wait until you accidentally bump into a triathlete at the local Starbie's. Better yet, bump into one who's training for an Ironman and try to strike up a conversation.

"Not much. Except that I have this chronic defribiminulating myetomaceous dendriconifer that I just can't seem to --"

"Butterfat. Anyway, I tried adjusting the seat angle on my backup Orbea because I read in this Algerian cycling magazine that fifty-six degrees is the new fifty-five, and my orthopedist said that anything more than that would give me planetary fascism which of course is what I'm sure I have, so -- 'scuse me a second: Make that a half-caf latte with 1.5 ounces of soy, two shots of wheat grass and a protein boost -- sorry, where was I? Oh yeah: next year's race schedule. Well, I was thinking about Oceanside but I read that the water's too cold, so…"

These people don't just need their own social web space. They need their own galaxy. iAmTri.com is kind of like both in one, at least if you believe in alternate realities. (Being married to a triathlete, I can assure you that they exist.) Herewith, a random walk through some recent postings.

·         Recently divorced 40-something male seeks 30-something female interested in movies, romantic walks in the moonlight and 250-mile bicycle rides across the Sahara in the middle of July.

·         I'm yours, except for the first two weeks of October and two of the following four times which I won't know until February unless I qualify in Kona or possibly until May when the Lottery results are announced…

·         Many-times divorced male seeks compatible life partner with advanced bike mechanic skills. Knowledge of Shimano Ultegra-SL series is a plus, own set of metric hex wrenches a must. M/F/Bi/whatever, I could care less.

·         Interested in solitary walks on distant beaches, discussing the Western canon of essential literature and sampling private pours from prestigious vineyards? Good: Here's a quarter so you can call someone who gives a ****. I'm looking for someone who isn't interested in any activity that doesn't get your heart rate up to at least 160 bpm.

·         Are you the uninhibited type who likes to groan and gasp, work up a sweat, pump your brains out, experience ecstasy and then take a shower and have sex? Call me ASAP.

·         SBF who just loves to travel off the beaten path. Louisville, Lubbock, Muskoka, Penticton, Tempe, Langkawi, Busselton…been to all of them and eager for more! So if you're up for a hot time in Port MacQuarie, Haikou, Florianopolis Island or Klagenfurt, park your bike in my box and let's hit the road!

·         Do you have the self-confidence to hang with a chick who can grind your ass into pulp at any distance over 20K? Yeah, right. Don't even bother calling.

·         Interested in uncomplicated, purely physical nooky with no attachments, resentments or guilt? If so, please call my wife and have all the fun you want, just so she gets off my back so I can train in peace. God bless you.