Why restrict Ironman to swim, bike and run? 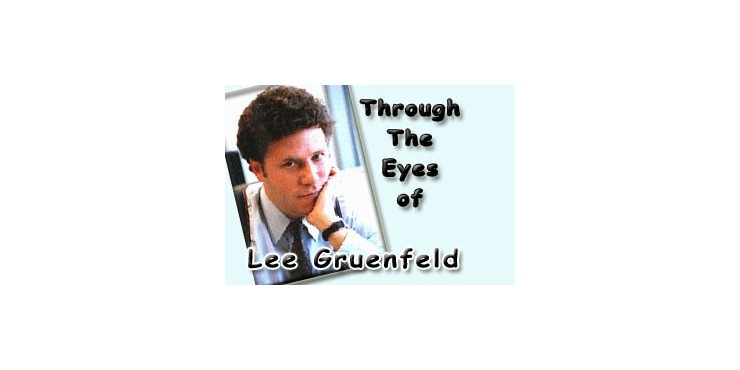 I recently got to thinking about what the plural of "Ironman" might be. "Ironmans" doesn't do it for me. You don't need a lot of explanation there; just say it out loud and you sound like Damon Wayans doing "Men on Movies" on In Living Color.

What about "Ironmen?" Not bad, at first blush, but:

Q: How many Ironmen have you done?
A: Just a few, but they were really nice guys.

You pretty much have to refer to multiples as "Ironman races" or, even better, as "Ironman triathlons." Which leads me to wonder why the adjective "Ironman" is necessarily confined to modification of the noun "triathlon." The word is a perfectly good euphemism for "endurance," so why not extend it to other athletic endeavors? After all, not everybody can swim, bike and run. Some people — and I'm not naming names — can't do any of those things.

In that spirit, I herewith offer the following suggestions:

Ironman Bowling: Five hundred frames, without pause. One of the cool things about this sport is that, the better you bowl, the fewer balls you have to roll: Knock 'em all down on your first shot and you save yourself a second one. Your score is calculated by subtracting the total of each game from 300 and then adding in the time it took you to play, minus the cost of arm slings and Ben-Gay. You don't have to wait for the pin machine to be ready either: You can use several bowling balls and send them off whenever you're ready, except that there's a twenty-point penalty every time you hit the metal watchamacallit that protects the pins while they're being reset. Three "strikes" (no pun intended) and you're DQ'd. In keeping with time-honored traditions of the conventional version, there will be aid stations serving beer and wings after every ten frames.

Ironman Kayaking: This strictly solo event starts at famed "Dig Me" Beach in Kailua-Kona, wends its way up the Kona Coast and around Kohala Mountain, then continues on to Seattle. Ninety-three thousand large orange buoys (don't bother to check; I did the calculation) evenly spaced every fifty yards will provide course guidance. Clydesdales and Athenas may use two-man kayaks.

Ironman Airplane Pylon Racing: This is the LeMans of air racing, and a sport in which your equipment selection makes a real difference. The P-51 Mustang is the obvious craft of choice, but it's hell to land even when you haven't been flying in tight circles for twenty-four hours without a break. Use of an autopilot is grounds for lifetime disqualification and, to reduce sponsor liability, no spectators are allowed anywhere near the course.

Ironman snowboarding: Racers will start at the summit of Mt. Everest and schuss their way to Lhasa Apso. Last one down is a rotten egg.

Ironman Golf: This is a combination of speed golf and cross-country golf, two well-established sports, if by "well-established" you include "among the community of the mildly insane." Ironman golf consists of a single par-7,901 hole (don't bother to check that one, either), with the tee box situated in Des Moines and the green in Central Park. Your score is comprised of a combination of the number of strokes added to the total number of days required to complete the hole. The specific route taken is up to you, but event organizers suggest that, should you end up playing in from New Jersey anywhere near rush hour, you avoid via the Holland Tunnel and take the George Washington Bridge instead. Participants are advised to exercise extreme caution in executing the final 11,000 yards, especially if you're laying up along Ninth Avenue.

Ironman Hopscotch: Same rules as the time-honored original, but the layout is three miles long. Sponsored by the American Academy of Orthopedic Surgeons.

Ironman Hot Dog Eating: Competitors in the classic at Coney Island eat as many hot dogs as they can in twelve minutes. In the Ironman version, it's twelve hours. We haven't quite worked out all the rules yet, but serious consideration is being given to waiving the "No Puking" provision.

I've got other ideas as well, but have been asked by the U.S. Olympic Committee to hold off until after the Beijing Games. Seems that one or two of my earlier suggestions resulted in injuries and a couple of fatalities. No specifics were provided, but undisclosed sources hinted they might have had to do with Ironman Gymnastics and Ironman Synchronized Swimming.