An Ordinary IRONMAN ... How Extraordinary 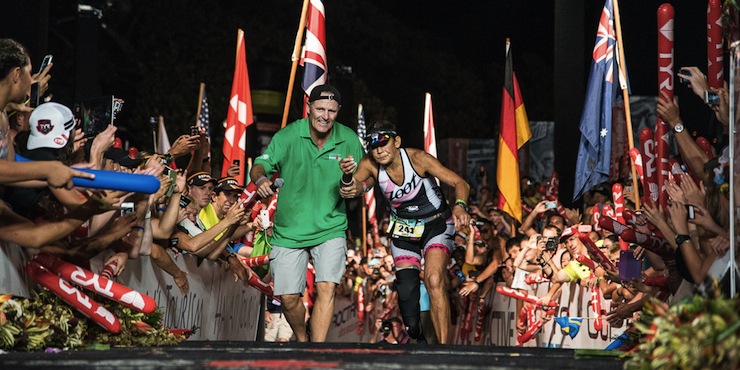 Records aside, the GoPro IRONMAN World Championship maintained its reputation as the world's most challenging one-day sporting event.

There were no earthquakes heaving boulders onto the race course.

There were no winds of biblical proportions threatening to lay low the mountain of Kohala.

No defending champions bowed out with sudden illnesses.

There were no tsunamis.

This IRONMAN was a race director's dream, things going the way they're supposed to go, nature relaxing for a change, hysterics at a minimum.

It's the first "ordinary" IRONMAN I've ever seen, underscoring that "ordinary" is not the same as "typical."

Yet some, like Joe DiMaggio's 57-game hitting streak, remained unassailable, including Ethel Autorino's 15:19:19 in W70-74 and Bob Scott's 13:27:50 in M75-79. Harriett Anderson, 79, who last year drove the finish line crowd into a frenzy by showing up 19 seconds before midnight, lopped a whopping three minutes off that performance this year.

The four Lawaetz brothers (read about them here) acquitted themselves admirably. Martin had the best time, 9:29:26, but Jonathan's 10:30:30 gave him the best category standing among the four, 48th in the M18-24.

So if the conditions were so great, why did the medical tent not see a drop in its usual complement of over 300 athletes?

"Because this race is hard," medical director Dr. Bob Laird reminded me. Even if everything is perfect, it's still hell on mind and body." We did see fewer people being sent to the ER, and only one was admitted."

The "one" was a female who melted down within sight of the finish line, disorientation quickly devolving into delirium as medical personnel hustled to her side. There have only been four cases of heat stroke here at the world championship, but they immediately recognized this as the fifth. Within 45 seconds they had her in an ice bath and then off to the hospital.

She was discharged the next day. These guys are good.

One of the more dramatic moments of the day occurred near midnight, as Karen Aydelott steamed her way down Ali'i. Aydelott, who lost a foot in a biking accident a few years ago, tried to return to IRONMAN as a challenged athlete, but couldn't get in. So she entered the IRONMAN Arizona in 2011 in the able-bodied category, won it, and qualified for last year's IRONMAN World Championship. Forced to quit a few miles before the finish, she went to Texas, qualified again as an able-bodied age grouper, and returned to Kona. All was going well until the Energy Lab, where problems with her prosthetic leg necessitated changing to a fresh one and cost her precious time.

In sight of the finish line with two minutes to go, Karen poured everything she had into the effort. Race announcer Mike Reilly channeled crowd energy into her as the seconds ticked down to midnight. In pain and utterly spent, Karen powered forward, ignoring the clock as it hit 12:00:00, and arrived at the timing line 48 seconds after the cutoff.

From the sounds of the crowd, you'd have thought she'd just won an Olympic gold medal.